On July 5th. 2021 I have had a long, fine and thoughtful talk/interview/discussion with interior-architect Roger Haan, on behalf of the BNI, the Dutch Association for Interior Architects. This talk is now (in Dutch only) online available:

now online; my interview last week with RIVER Publishers’ Philippa Jefferies about my recently published book, also available via open-access at RIVER Publ. A brief talk about home, housing, technology and dwelling; to end with an actual part about the consequences for our housing caused by the current corona pandemic. It illustrates once more that the way we built our housing needs much more flexibility and adaptability.

After some delay at the publisher mainly caused by corona my book is finally ready and accessible for download; many sincere thanks to all artists (Antony Gormley, Carlijn Kingma, Marwan Rechmaoui and Rob Voerman), reviewers Marja Elsinga, Frans Vogelaar & Elizabeth Sikiaridi, Gerald Santucci, Ruud Hazes and Tijmen Wisman and various column-writers who contributed to this final result. I look forward to the discussions and further developments, aiming at a structural change when it comes to (re)thinking and building our housing in a networked environment. This website will, in the coming months, also be devoted to the further discussions following  reading by as many researchers, artists and the professionals possible. 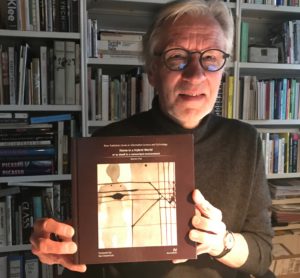 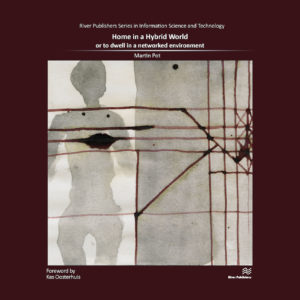 Finally; the last proofs/samples for the book are agreed upon, set and done and the frontcover is ready. Again, many thanks to Antony Gormley for the use of one of his fine images, likewise to Carlijn KIngma, Marwan Rechmaoui and Rob Voerman. Publication is set for January 15th.; for digital version we try to become public sooner.

The Dutch organization for Interior Architects BNI has acknowledged the importance of the theme of the coming book and  announced it on their website, together with some additional information. In the coming days we discuss the option of a presentation and/or interview; preferably preceding a discusion since the topic is of much relevance for every interior-architects, in particular those involved in housing.

AIOTI, the Association of Internet of Things Innovation has also added a link on their October-Newsletter to the publishers website; here again the topic is important given its link with the internet of things and parallel technologies within the built environment.

For some two years now I have worked on a book about the triple theme of housing, technology and architecture; in particular focusing on the – sometimes complicated – issues caused by the fact that times are changing and our built environment, where it concerns housing, does not adapt. Housing is considered a traditional safe-haven, a protected private space in which we feel unseen. I believe this is no longer a realistic situation; we live – in Floridi’s words – in an infosphere, it is becoming complicated to withdraw from being connected, being part of an increasingly hybrid world. This book is written to discuss the problematic situation in which (Dutch) housing is for some 50 years.

The book will be published as an open-access book at RIVER Publishers early October 2020; for now the most interesting ‘Foreword‘ by Kas Oosterhuis is already accessible. I already would like to thank all  who have contributed and/or participated in this book; I owe them for their comments and critical reviews. Also; many thanks to `Antony Gormley for his willingness to make one of his fine images available for the cover. Furthermore: thanks to Carlijn Kingma, Marwan Rechmaoui and Rob Voerman for their fine images elsewhere in the book. 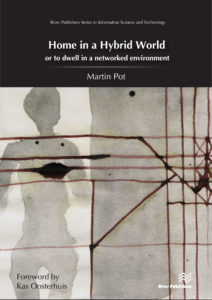 new article written for hyperthinkers website, a fine and welcome new initiative by philosopher Nicole Dewandre and artist Frederik de Wilde: ‘an open platform for critical reflection, dialogue and exchange that seeks to explore the ways in which the digital and physical worlds have merged to create an entangled hybrid and complex reality that encompasses us globally.’